I fancied myself quite the prolific and wise author in high school — after all, I was named “most likely to write a bestselling novel” twice! That’s destiny, right?

Yeah, my high school journals are quite painful that way, but I occasionally find little nuggets of hilarity worth sharing. The following is a slightly pretentious (and hilarious) list from my senior year of high school (’07-’08) called “Rachel’s Rules for Writing.” (And yes, my full name is Rachel, but I’m five feet tall and have short hair, so I prefer a short name 😛 )

#0 — When in doubt, trust Star Wars. (George Lucas is a genius, and he’s always right.)

Don’t hate me, guys. I hadn’t figured out how much Episode II sucked 😛

#1 — Make every word count. There should be no such thing as “filler” in a writer’s universe. Every WORD should serve a purpose.

Yeah, I could dish it, but I couldn’t take it. My first completed high school novel was 105,000 words. It could have been cut down to 80,000 without losing anything

#2 — Tone is everything. It’s not always what you say, but how you say it. (Especially if you love irony!)

No, I wasn’t trying to be a hipster with the irony. I was trying to be more like a Star Wars character named Tahl. Props if you know who that is.

#3 — Never use a word, especially a noun or a pronoun, more than once in a row. This rule can occasionally be broken for parallel structure, emphasis, or your own evil purposes. Otherwise, don’t be tiresome and repetitive. (Trite!)

Sigh. I was such a dork.

#4 — Don’t use “said” unless paired with an adverb and, even then, use it infrequently. “Said” doesn’t tell me anything. So the person is speaking. So what? How are they doing it? What’s their tone? Their body language? Do they mean what they say? Are they whispering, murmuring, ordering, bellowing? The possibilities are endless.

RED ALERT! RED ALERT! How obvious is it that I hadn’t read anything by Stephen King? DO NOT USE ADVERBS EVERYWHERE, HIGH SCHOOL RAE! DO NOT! That was my biggest flaw by far.

#5 — Vary your sentence structure. Don’t always start with “the” or a noun or the character’s name. You can start with an “-ing,”  “-ed,” an adjective. As with above, there are many possibilities.

First sentence? Good. The rest? Yeah, you can ignore that. Please 😛

#6 — Be descriptive, and be creative with your descriptions. Avoid trite adjectives! Don’t say “tired,” say “exhausted.” Don’t use “short,” use “petite” or “diminuitive.” Be creative! And don’t put “very” in front of them unless there’s no other way you can say it. “Very sad” could be “disconsolate” or “morose” or “devastated,” etc.

Please forgive my 17-year-old self. I was on a “Dead Poet’s Society” kick. Also, I was a spelling bee champion, so I loved using pretentious words. Again, please forgive.

#7 — Use parallel structure for emphasis. It’s amazing. Flipping amazing. Ridiculously, wonderfully amazing. (That was lame, but it’s an exception to rule #3.)

My 17-year-old self was also into poetry and composing music, so I was on a parallel structure/pattern kick. Sigh.

#8 — Be consistent, but not necessarily predictable. Don’t be all over the place (unless you’re Faulkner doing a stream of consciousness), and make sure your reader can follow. Still, though, don’t let them be two steps ahead of you. Predictable can often mean boring. And who wants to be boring?

I hated THE SOUND AND THE FURY as a high schooler. It drove my poor little Aspie mind insane.

#9 — The word has to be perfect, dead on, for what you are trying to convey. There is a huge difference between “hesitantly” and “slowly,” between “whispered” and “murmured.”

Um, Rach? Didn’t we just talk about not repeating yourself unnecessarily? And present-day Rae would hack those adverbs and dialogue tags to pieces. You have been warned.

I tried to join a Star Wars role-playing site when I was 13 — the “Council” said my Mary Sue character was too perfect and didn’t have any weaknesses, so she wasn’t interesting enough to join the game. I became obsessed with anti-heroes (Zuko, ftw!) and untrustworthy narrators, and from then on, all of my characters had serious, debilitating flaws and dark sides. Also, some of them were sociopaths. Silly, angsty high school Rae.

Another “dish, but couldn’t take.” I wouldn’t figure out how to “show, not tell” for another 2-3 years.

#12 — Care about your characters. Be involved in their lives. If you don’t care about them, why should your audience?

Can you tell I just hadn’t met any other writers? I don’t know a single author-friend now who doesn’t do this.

#13 — What characters wear is important, especially how they act in different types of clothing. What are they comfortable in? Do they conform or rebel? Stand out or blend in? On purpose or accidental? (Watch Luke Skywalker throughout IV, V, and VI. Her starts in pale tan/white, transitions to dark gray, and finally to black. The colors are the stages in his journey. Ani does it, too.)

I studied theatre and film design, too, so this one isn’t quite as applicable to books. Also, you have to remember that this is coming from the teenager who wore black for an entire semester just because Anne Boleyn did and, senior year, wouldn’t wear anything a Jedi wouldn’t wear. 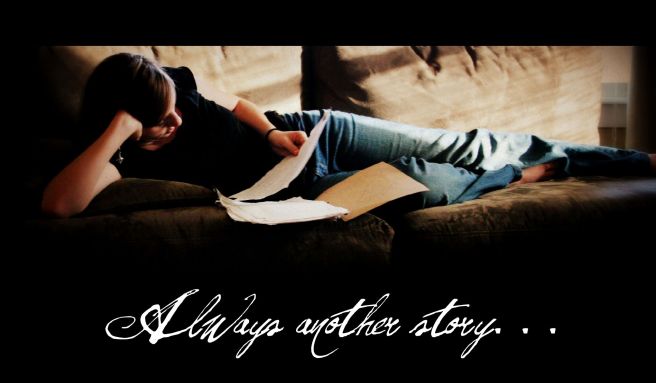 5 thoughts on “Throwback Thursday — Learning from the Past”